My sister’s moving to Colorado!

As we enter July, I for one cannot believe we are already through June!

For our family in June, there have been so many things going on, some of them very stressful with health issues for a family member and some that were changes we knew were coming but brought emotions with them anyway.

For Elizabeth, the month of June has been one that has had no real rhythm or schedule of any real sorts.  And this something that, for her, is a very, very hard thing.  Due to her dyspraxia, a schedule is something that she relies on to guide her.

The schedule is not set in stone, unmovable or unchangeable. But it gives her something to guide her day.  And for those with dyspraxia, where the world seems to move so fast for them to react to, the schedule is sort of a grounding force.

Between the things that I just mentioned up here and the vacations that her friends and therapists have, to the break that COVID isolation mandates (her friends) it has been a scattered and confusing June.  Not a bad one.  Just a, well?  Just what I said one.

I have to say that Elizabeth is showing signs of overload from all the above.  I have been noticing it growing for about a week or so.  I have seen smatterings of signs prior to this but with so much of life going on, it was hard to really focus on it.   She did have a nice telehealth with our beloved therapist Mary and come CST (Craniosacral Therapy).  I explain this more in my book.  Both do help her but yesterday the tears came.

We had a girl’s night because her brother and Dad went to a baseball game.  We had a really great time.  We did nails, took our 4.5-mile walk, got coffee and Mexican (not in that order) and as we were eating, she started talking.

And talking about her sister moving to Colorado. And that my friends, is the big change we knew was coming.  And her tears are the emotions that come with it.

For those who don’t know, Emily is Elizabeth’s beloved best friend.  Her move and the fact that Emily will not be home in the way she was “always” is the tough truth for Elizabeth.  Elizabeth knows she can call, text, and facetime her sister, but the total truth of it is what gets her!

I had my tears last week. And felt so out of sorts

I felt so bad for her because she told me “I’ve got to feel happy again.” I told her that she will but it is okay to be sad and cry now.

It was a needed and emotional talk.

I hope she wakes up feeling a bit less burdened by emotions.  We have a small vacation planned soon and I hope she sees it as a good thing, not just one more thing that creates anxiety.  Because sometimes when she is overloaded, things just become that one more thing for her.

After I write this, I am heading up to offer her some therapy music to calm her emotions and plan to keep talking.

We did get into our vision therapy, and he was quite happy and pleased with her progress.  In fact, he was quite excited we did the therapy as often as we did.  We are heading there again in 2 weeks so I will tell everyone the new changes as we currently just got a few tweaks to the current vision therapy regime.

I think the month of June was simply a GO for us and now, she is needing some TLC.

I wish everyone, including us, a peaceful month!

Anna's recent hospitalization: some set back, but overall improving!

AAnna's Advancement
Anna had a medical procedure May 5, where she went under anesthesia.  I flashback to the day that…
TTalkTools News
Here are the latest news on TalkTools’ product arrivals and updates in regards to feeding therapy. 1. VIBE & TIPS…
GGeneral
We’re Deconstructing Orofacial Myology Join us for our 3rd Global Virtual Conference, where we are focusing on OMDs (Orofacial… 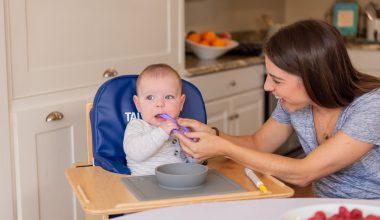 Read More
UUncategorized
TalkTools Goes Global Again in 2020! “With the unprecedented success of our first global online conference, we knew…
TTalkTools News
Recently, Ray D. Kent, PhD has published a review article entitled “Nonspeech Oral Movements and Oral Motor Disorders:…
TTalkTools News
The Down Syndrome Connection of the Bay Area’s mission is to promote the unique contributions of children and adults with Down…